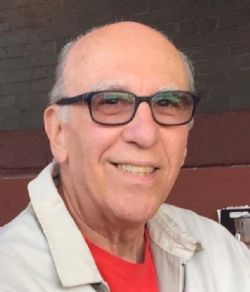 Mike was born September 10, 1942 in Brooklyn, New York to Michael and Jean 'Napolitano' Caldararo. He was raised in Levittown, Long Island, New York and graduated from Division Avenue High School. Mike graduated from Wayne State College with his Bachelor of Arts in Education degree. He received his Master's degree from Brooklyn College. He taught first at West Junior High School in Brentwood, New York before coming back to the Midwest. He served as an admission counselor at John F. Kennedy College in Wahoo. Mike spent his career teaching Physical Education in the Blair Community School system at Old Central and Arbor Park Schools, retiring in 2004.

Mike was a member of St. Patrick Catholic Church in Fremont and past active member of the Fremont YMCA.

Mike was preceded in death by an infant son Steven, and his parents.

The funeral will be 2pm, Monday, November 14, 2022 at St. Patrick Catholic Church in Fremont. Burial will follow in Ridge Cemetery. Memorials are suggested to the Nebraska Children's Home in Omaha. Visitation will be Sunday with the family present from 2pm to 4pm at the Ludvigsen Mortuary Chapel in Fremont.


The service will be recorded and uploaded to YouTube as soon as possible. The link can be found here once it is available.
Print Obituary