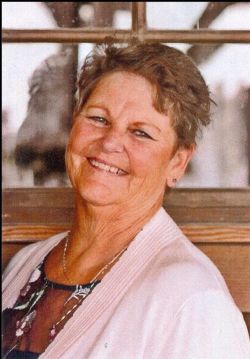 Colleen ''Mardy'' (Johnson) Gardner, age 75, was born in Omaha, Nebraska on September 23rd, 1947 to Robert and Colleen Johnson. Sister Glenda was at the home to welcome her, and younger sister, Pam, would join them a year later. Mardy was baptized and confirmed at Augustana Lutheran Church and remained a strong Christian throughout her life.

In 1965, Mardy graduated from Benson High School and went on to Midland College where she claimed she majored in pitch! She married Warren Vaad in 1968, and daughters, Gretchen, Mary and Karen were born. In 1975, she met the love of her life, Scotty, and happily gained three more children, Jack, Jennifer and Amy; officially making us the Brady Bunch! It was also in 1975 that Mardy started her 37-year banking career, retiring as an assistant vice president in 2012. She took great pride in being a personal banker, branch manager and officer; her customers loved her dearly.

After 16 years of making memories on the farm in Elkhorn, in 1991, Scotty and his ''sweet pea'' Mardy, moved out to Woodcliff Lakes, where everyone embraced the lake life and it gave our ''hostess with the mostess'' a new place to entertain and feed her friends and family. In 1998, she started to devote her time to the Woodcliff Lion's Club, serving at all officer's positions and happy to let out a prideful ''ROAR''!

In 2020 she was diagnosed with cancer, successfully fighting one location only to have it travel to another. Throughout all of the trials and tribulations that came with this disease, she very rarely complained, kept her sense of humor and positivity, and fought it like a ''rockstar''.

On November 6th, surrounded by the love of her family, she lost her valiant battle and gained her wings.

Decorating for the holidays, preparing great meals, a sunny beach, cheering on the Huskers, Chiefs or Royals, whatever their records, and a good glass of red wine were just a few of her favorite things. Above anything and everything, however, family and extended family came first. Never forgetting a birthday or anniversary and rarely missing a celebration, grandkids' ball game or event, she was the rock of our family.

Although she is no longer here with us, we are comforted to know that Mardy's kind spirit, selflessness, devotion to family and friends, positivity and love will remain within us always and help carry us through the hard days ahead.

Memorials suggested to the group she loved and devoted her time to, the Woodcliff Lion's Club.

Ludvigsen Mortuary in charge of arrangements.