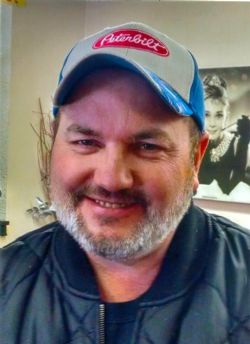 Clark was born February 9, 1964 to Duane and LaRae ''Pawling'' Moseman. Clark was baptized on March 1, 1964 and was raised on a farm east of Hooper. He was active in 4-H and grew up showing horses. Clark was a life long member of Immanuel Lutheran Church east of Winslow. He graduated from Logan View High School in 1983. After high school Clark got married and began working on the farm with his dad. He began driving truck in 1991 and continued for the remainder of his life.

Clark loved farming and being able to work on the farm with his dad, and sons. Clark was proud of his family and especially loved his grandchildren. Clark loved watching them show livestock at the fair and playing sports.

Clark was preceded in death by his father Duane Moseman, brother David Moseman, and his grandparents.

Memorials are suggested to the Jeanette Hunt Animal Shelter in Blair.

The funeral will be 10:30am, Tuesday, August 23, 2022 at Immanuel Lutheran Church east of Winslow. Burial will follow in Immanuel Cemetery. Visitation will be Monday, from 3pm to 8pm with the family present from 6pm to 8pm all at the Ludvigsen Mortuary Chapel in Fremont.