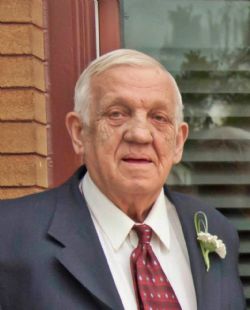 Herman "Dale" von Seggern was born Feb. 21, 1938 to Harvey and Erna "Schmidt" von Seggern in Fremont, NE. Dale grew up on a farm just North of Fremont, graduating from FHS in 1955. Dale and Janice "Klitkze" snuck away to South Dakota and were married on Oct. 23, 1958. Dale and Jan lived on a farm North of Hooper. While Jan raised five kids Dale was either farming or driving over-the-road truck. He drove many years for Hunt Transportation out of Omaha and later FCC of Fremont, NE.

The funeral will be 10:30am, Tuesday, August 30, 2022 at Redeemer Lutheran Church in Hooper. The Rev. Casey Lieneman will officiate. Burial will follow in the Hooper Cemetery. Memorials are suggested to the Hooper Volunteer Fire Department and Rescue. Visitation will be Monday, from 4pm to 8pm with the family present from 6pm to 8pm at Ludvigsen's Hooper Funeral Chapel.