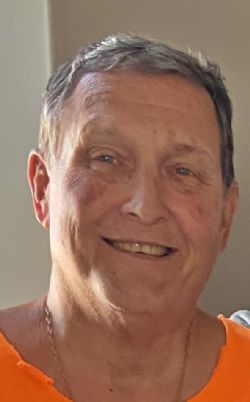 Steven was born September 22, 1951 in Decatur, Ill. to Eugene and Margaret 'Koch' Smith. He was raised in Decatur and graduated from MacArthur High School in 1969. Steven served during the years of 1971 to 1975 in the Air Force during the Vietnam War. After his military service he worked at UPS as a manager, then retired from Ryder Logistics.

On August 28, 2004 Steven married Shari Livingston and they made their home in Fremont.

Steven had a great love for his country and fellow service members. He was the faith leader for his family and friends. His greatest joy was his grandchildren. He loved them so much and was so proud to be their ''papa.'' He loved woodworking, painting, leather work and making pens.

Steven was preceded in death by his parents.

Visitation will be Saturday, August 20, 2022 at the Ludvigsen Mortuary Chapel in Fremont beginning at 9am. The funeral will follow at 10am also at the chapel on Saturday. Burial with Military Honors will be in Ridge Cemetery in Fremont. A luncheon will follow the burial at the Hazel Keene YMCA Lodge (3402 W. Military) In lieu of flowers, memorials are suggested to the Open Door Mission, International Fellowship of Christians and Jews or to the Donor's choice.