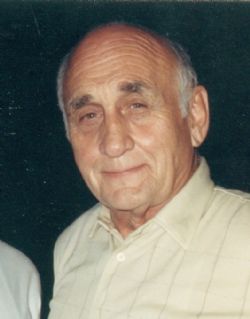 Donald C. Watchorn age 91 of Fremont
passed away peacefully surrounded by family and friends on October 20, 2017.

Don was born in North Bend, on July 10, 1926 and raised in Ponca, NE. Don enlisted in the US Navy following graduation from Ponca High school and served on the USS Windham Bay in the Pacific during World War II. While Don had a distinguished 40 year career as a Football Coach and Athletic Director at locations including Ponca High, Schuyler High, Omaha University/UNO, and Midland Lutheran College, he will always be remembered for the relationships he established with student-athletes, staff and coaching peers, and family and friends.

Visitation will be Monday at the Ludvigsen Mortuary Chapel in Fremont from 3pm to 8pm with the family present from 6pm to 8pm. The funeral will be Tuesday 10am at First Lutheran Church in Fremont. Burial will be in Memorial Cemetery with Military Honors.