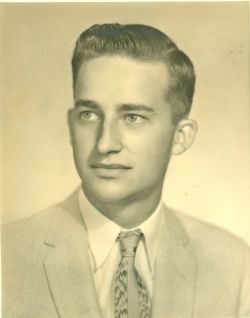 Laverne was born June 30, 1936 on a farm near Scribner, Nebraska to Hilbert and Paula 'Geisler' Krohn. He was raised in Scribner until the family moved to a farm northeast of Fremont in 1949. He graduated from Fremont High School in 1958 then began a 25 year career with Western Electric. He then returned the family farm northeast of Fremont and farmed until retiring around 2015.

Laverne was an avid hunter and fisherman. He also loved to go to the Keene Memorial Library until it became hard for him to get around. He also could be seen during meal time at HyVee and McDonalds. Laverne was a member of Trinity Lutheran Church in Fremont.

Burial will be in Memorial Cemetery with a celebration of life service being held at a later date. Memorials can be directed to Trinity Lutheran Church.