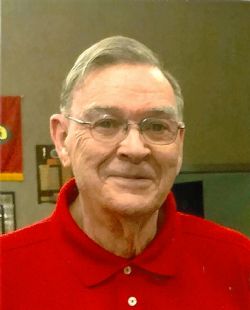 Edwin (Ed) Corbett was born on June 29, 1941 in Esbon, Kansas to Floyd and Zola (Ingram) Corbett. He had a sister Faye and two brothers, Maurice and Dwight. He attended several country schools before moving to Nebraska. He graduated from Holstein High School in 1959 where he participated in football, basketball, baseball, and track. Ed was very athletic and earned several ribbons and medals. Besides athletics, Ed was also interested in electronics and worked at a local repair shop. After graduation Ed took a year off and helped his dad on the family farm. He then attended Milford Community College and graduated in May of 1962 with an Electronics Technician degree.

In 1961 he met his future wife, LuNette Wieting, of Tilden, Nebraska, and they married on June 24, 1962. They traveled to many different areas in Colorado on their honeymoon and during that time he was hired as a technician at Starr Electronics. After their honeymoon, they loaded up a U-Haul and began their married life in Wray, Colorado.

In March of 1966 they moved to Fremont, Nebraska to be closer to family. There they raised four children Mike, Rhonda, Jan, and Michalle. Here he worked at Nelson Appliance for a little while and eventually began working at Kolbo Radio and TV. On September 1, 1985 he took over the business until he retired in the spring of 2015.

Ed had many hobbies and interests. He owned and rode various types of motorcycles and traveled with friends on weekends and attended rallies in different states. He enjoyed golfing with his son, sons-in-law, and grandsons. He went trout fishing in Colorado on a regular basis and hunted pheasant and deer with his brothers-in-law, son, and nephews. On weekends he could be found sitting in front of the TV watching Nascar. He even went to Michigan to a race with his son-in-law and grandson.

Ed was a sports enthusiast. He and LuNette had season Husker football tickets for over ten years. They also attended many Husker baseball games together. There were several away games to Oklahoma that Ed, his son, sons-in-law, and grandsons attended. He loved watching his children and grandchildren's sporting and dance events.

He was preceded in death by his parents, sister, and two brothers. He is survived by his wife LuNette (Wieting) of Fremont, his four children Mike (Laura) Corbett of Omaha, Rhonda (Randy) Porter of Kingwood, Texas, Jan (Barry) Dowty of Fremont, and Michalle (Steve) Havranek of Kearney; 13 grandchildren, 9 great grandchildren, many nieces, nephews, and close friends.