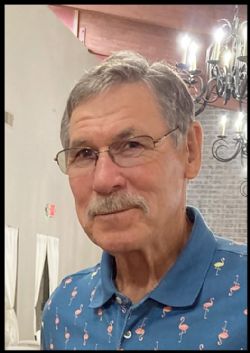 Harlan was born March 5, 1947 in Reedsburg, Wisconsin, to Kenneth and Opal 'Gasser' Mack. He was raised on a dairy farm and graduated from Sauk-Prairie High School. He then attended the University of Wisconsin-Plattetville before transferring to the University of Wisconsin-Madison, where he completed his degree in Meat and Animal Science. He began working for Hormel Foods in Austin, Minnesota before being transferred to the Hormel Plant in Fremont in December of 1979. He continued to work for Hormel until his retirement in 2005.

Harlan was a devoted grandpa, never missing a chance to spend time with his adorded granddaughters, Macy and Mya. He spent many hours taking trips to the park and making his famous grandpa waffles.

Harlan was united in marriage to Merrilee Greenfield on August 26, 1967, in Baraboo, Wisconsin.

The funeral will be 10:30am, Thursday April 14, 2022 at the Fremont Alliance Church, the Rev. Tom Nevius will officiate. A private family burial will be held at a later date. Visitation will be 3pm to 8pm with the family present from 6pm to 8pm Wednesday at the Ludvigsen Mortuary Chapel in Fremont. Memorials are suggested to Fremont Family YMCA or the Cystic Fibrosis Foundation (www.cff.org).