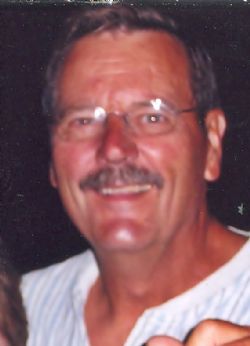 Danny was born November 7, 1944, in Fremont to Reynold and Gladys 'VonSeggern' Dahl. He was raised on the homestead south of Scribner. He graduated from Scribner High School in 1963. After school he continued to farm on the same farm he was raised on until retiring just this year. While farming, he also served in the United States Army Reserve. Danny married Creeta Goodrich on February 20, 1966. They continued to live on his family's farm until moving to Fremont in 2014.

Danny was an avid farmer and found time in his younger years to play on Wednesday and Sunday night basketball leagues in Scribner and Fremont. He served on the Rural Fire Board for many years and was a member of the VFW and United Lutheran Church in Scribner.

The funeral will be 10:30 a.m., Monday, December 6, 2021, at United Lutheran Church in Scribner. Burial will be at a later date in the Scribner Cemetery. Visitation will be Sunday, with the family present from 2 p.m. to 5 p.m. at Ludvigsen's Scribner Funeral Chapel. Memorials are suggested to the Scribner Volunteer Fire and Rescue Departments, Fremont Rescue Squad, and FurEver Home Animal Rescue also in Fremont.