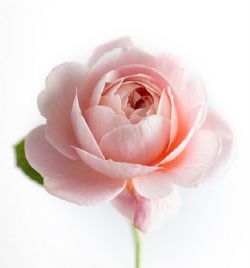 Regena was born July 27, 1931 on the family farm just outside of Nickerson, NE. She grew up there, the daughter of Henry and Grace (Wolcott) Thiele. She attended school in Nickerson, later graduating from Hooper High School.

She was married to Herman J. Addink, they had lived in Sioux Center, Iowa and Wakefield, NE. where she operated a dry cleaning business. They later divorced. Following her marriage to Mack Rice, they lived in Prague, NE. and in Fremont. After Mack died, Regena move in to Gifford Tower in Fremont. Later, she moved to Hooper, then Uehling, and later to Lyons.

Regena was preceded in death by her husband Mack, a son John, and 3 sisters. She is survived by 2 sons, Gary Addink of Lyons and Rick Addink of Winslow, several grand and great grandchildren, and a brother Cliff Thiele of Texas.

There will be a Memorial Service at Ludvigsen's Hooper Funeral Chapel in Hooper at 10:30 AM on Friday, December 3, 2021. Visitation with the family will be an hour before the service.