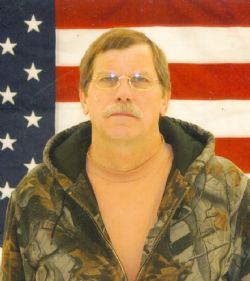 John was born February 25, 1952 in Fremont to Robert Sr. and Ruth (Dern) Bubbert. He graduated from Fremont Senior High, then entered the United States Navy on February 16, 1971 and was discharged on December 31, 1974. He was a recipient of the National Defense Medal, Vietnam Service Medal with one bronze star, and a Good Conduct Award.

John was preceded in death by his parents and a brother, Robert Jr.

He is survived by son John Bubbert Jr. of Fremont, daughter Jessica Bubbert of Omaha, grandchildren Linley Bubbert, Macey Bubbert, Aidan Bubbert, and Brody Bubbert, all of Fremont, Hollianne Jokumsen of Fremont, Bailey Beecher and Bryson Beecher both of Omaha.

A Celebration of Life will be held at the Eagles Club on December 7th from 4 to 6 PM.