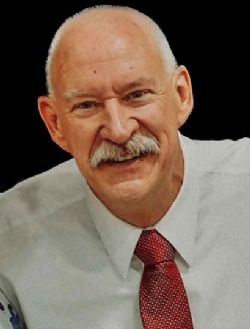 Born November 18, 1956 in Glencoe, MN, Dan was the son of Leonard ''Buddy'' and Myra (Bentz) Heuer. He grew up on their farm in Hamburg, MN and graduated Lutheran High School in Mayer, MN in 1974. He attended Concordia Teacher's College in Seward, Nebraska where he met his wife Debbie (Schaefer). They were married July 1, 1979 in Edwardsville, IL. She was the love of his life!

After graduation, Dan taught seventh grade and was the youth director at Holy Cross Lutheran Church & School in Detroit, MI, 1979-1982. They moved to Spring, TX where he also taught seventh grade and was youth director at Trinity Lutheran Church & School, Klein, TX, 1982-1984. In 1984 Dan helped to start Concordia Lutheran High School in Tomball, TX, and was called to be the Spiritual Life Director, and teach the Scripture classes. From 1987-1989 Dan also served as principal there. Throughout his teaching career he coached wrestling, soccer, football, girls softball and even cheerleading!

Dan served as a Lutheran Women's Missionary League (LWML) Pastoral Counselor for the Deshler Zone and Nebraska South District, and was the National LWML Pastoral Counselor 2001-2005. He also served on various committees in the Nebraska District of the Lutheran Church-Missouri Synod, served in the Volunteer Fire Department and Lions Club in Davenport, NE and was on the board of directors for Life Choices in Fremont, NE.

To know Dan was to love him. He loved his Lord and his family very much. He had a fun sense of humor, which he brought into his ministry. He was ''not normal.'' Dan loved to cut up and paint cars, and at one time owned a hearse. He also loved m&m's, and called them his ''Ephesians candy.'' They remind us we are ''in Christ,'' just as the chocolate (sin, messes) is inside the shell, Christ is our covering!
Dan's contagious smile, his selfless generosity, and his fervor with which he served the Lord and others were an example for many and will be missed by all who knew him.

In lieu of flowers, the family suggests memorials be made to Mission Central, Trinity Lutheran Church, or any local Lutheran School.
Ludvigsen Mortuary in Fremont is in charge of arrangements.