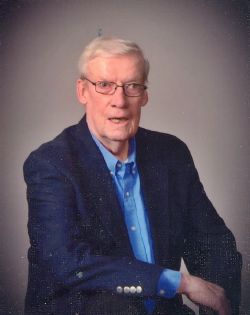 Mel was born at home in rural Hooper on July 24, 1942 to Walter and Gertrude 'Meyer' Weitzenkamp. He was baptized at home on August 26, 1942 and confirmed on June 9, 1957. He attended District #60 grade school and graduated from Uehling High in 1960. Mel served on active duty in the United States Army beginning in July of 1960 and was released to serve out his remaining commitment, serving until June of 1968 in the United States Army Reserve. Mel loved farming and feeding cattle and he passed that on to his two sons who farm and feed cattle in the family operation.

Mel has been a life long member of St. Paul's Lutheran Church north of Hooper, serving on the church council from 2000 to 2006. He was also a member of the Uehling Lions Club, Dodge County Feeders Association and the Fraternal Order of Eagles Aerie #200 in Fremont.

Mel loved tractor pulling which was his hobby for many years, pulling with a 1066 International Tractor. He also loved travelling, his 2007 Corvette and he loved to watch the Wheel of Fortune and western shows on TV.

Mel was preceded in death by his parents and sister Marilyn Mericle.

The funeral will be 2pm, Monday, October 17, 2022 at St. Paul's Lutheran Church north of Hooper. Rev. Judith Johnson will officiate. Burial with Military Honors will be in the St. Paul's Lutheran Cemetery with a time of food and fellowship to follow the burial at the Uehling Auditorium. Memorials are suggested to the church, Uehling Fire and Uehling Rescue. Visitation will be Sunday at the Ludvigsen Mortuary Chapel in Fremont from 2pm to 6pm with the family present from 3pm to 6pm.