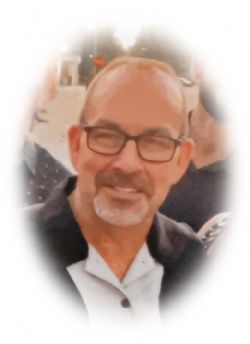 Born February 28, 1967 in Fremont to Dale and Janice 'Klitzke' von Seggern, Dan was raised in North Hooper and attended Logan View High School before enlisting in the U.S. Army as part of the 1012th U.S. Army Reserve Unit. Dan served as a Calvary Scout during Operation Desert Storm and then as 92A Logistics Management Specialist, retiring after 22 years of service as a First Sergeant. Following his first deployment, Dan married the love of his life Lori Sawtelle on October 15, 1994. He served two additional deployments in support of Operation Iraqi Freedom. Throughout his civilian life, Dan worked for his Brother Terry at TVS Electronics, Omaha Correctional Center, and most recently he was the parts manager at Dillon Brothers Harley Davidson. Dan was known by family and friends as the handiest man around, spending his free time helping everyone and anyone in any way he could.

The funeral will be held on Thursday, September 22, 2022 at Redeemer Lutheran Church in Hooper at 10:30am. Burial with Military Honors will follow in the Hooper Cemetery. Memorials may be directed to the Fremont Veteran's Park (https://fremontveteranspark.org/). Visitation will be Wednesday at the Ludvigsen Mortuary Chapel in Fremont from 3pm to 8pm with the family present 5pm to 8pm.