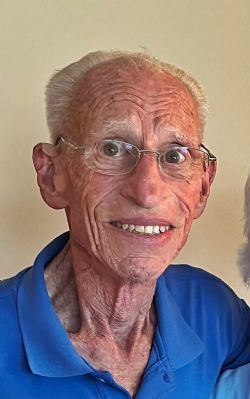 Joe was born at home in Wahoo, Nebraska to Joe and Myrtle (Steele) Svoboda. Joe attended elementary school in Wahoo and graduated from Wahoo High School in 1955.

He worked his first summer after high school for the contractor that built the 300 Bowl in Wahoo. Joe attended AMF pinspotter school in Shelby, Ohio then returned to Wahoo as mechanic for the 300 bowl. A short time later he worked for the Rose Bowl in Omaha. He began working in the late 50's for Park Bowl in Fremont. Joe worked there until building and opening Plaza Lanes in 1977. Joe owned Plaza Lanes until 2000. Joe was a member of the Fremont Men's Bowlers Hall of Fame and the Nebraska State Men's Hall of Fame.

Joe married Joan Pavlik at St. Wenceslaus Catholic Church on June 1, 1959. They were married 63 years and made their home in Fremont since their marriage.

He was preceded in death by his parents and brother Richard.

The funeral will be 4pm, Monday, August 8, 2022 at the Ludvigsen Mortuary Chapel in Fremont. Rev. Walter Nolte will officiate. Visitation will be Sunday from 3pm to 7pm with the family present from 4pm to 7pm, also at the Ludvigsen Mortuary Chapel in Fremont. A wake service will be held beginning at 7pm on Sunday at the funeral home. Memorials are suggested to St. Patrick Catholic Church or the Fremont Bowling Club.


You can watch the video of the Vigil service at the following link: https://youtu.be/hwZsRc2rEsw

A recording of the funeral service will be posted when available.