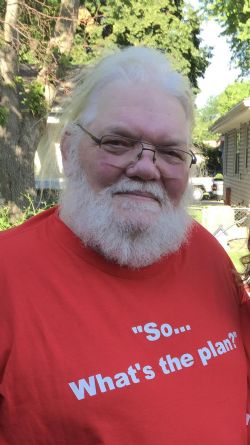 Bob was born November 24, 1950 in Omaha to Robert and Donna 'Plymate' Schuelke. He graduated from Valley High School in 1970. Bob married Miriam Wilmot Martin on December 17, 1988. He retired from Hormel in Fremont. Bob was also a volunteer at Camp Moses Merrill.

Visitation will be Sunday, May 29, 2022 beginning at 4pm with a funeral service at 5pm, at the Ludvigsen Mortuary Chapel in Fremont. Burial will be at a later date.