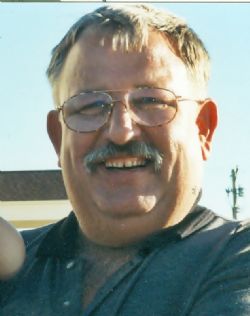 John was born Dec 2, 1951 in Fremont, NE to Roger and Alice (Weber)Stibor. He was raised in Scribner. He attended Scribner Elementary and High School and graduated in 1970. At a young age, John started helping his dad along with his brother Pete, at Weber Produce doing what or how much little boys could do. They took over the business in 1984 together. In 1995, John took over Weber Feed and Equipment on his own until 2001 when it was closed. In 2002 John opened B & L Tires with Brad Schlecht. He retired in 2013.

On Feb 12, 1977, John was married to Karen Eastberg and to this union two children were born, Ellen and Levi. Soon after they were divorced.

As a family, his outings consisted of going on long rides in the family car with Mom, Dad and his siblings, singing songs the whole way. Camping was another activity the whole family enjoyed. He also loved to go hunting with his dad and later on his friends. He enjoyed fishing and went on many trips to Canada and Minnesota.

His love for music was enjoyed early on with the Barnyard Marauders playing drums and singing. He later sang with the Pathfinder Chorus for many years. He was an avid fisherman, hunter, and enjoyed riding Harley Davidson motorcycles all over the country. He loved sitting with friends and family telling stories and playing cards over an adult beverage. He was also a World War II history buff.

There is no viewing but the family will receive friends, Thursday, January 6, 2022 at Ludvigsen's Scribner Funeral Chapel from 5pm to 7pm. There will be no further services at this time. Memorials may be directed to the Pathfinder Chorus.