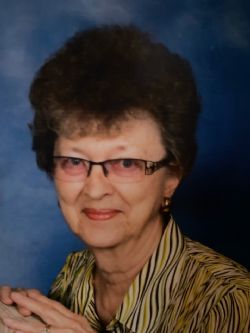 Elsie was born February 11, 1943 in Atkinson, Nebraska to Eugene and Elsie 'Henkel' Karr. She was raised in Atkinson and graduated from Atkinson High School in 1960. She married Bryan Martens in 1961 and they moved to Fremont in the mid-60's.

Elsie and Bryan, along with their three daughters, were long time members at First Lutheran Church in Fremont, where she was involved in the quilting ministry.

Elsie was preceded in death by her parents and two brothers.

There will be no services, friends my sign the guestbook at www.Ludvigsenmortuary.com

Ludvigsen Mortuary in Fremont in charge of arrangements.