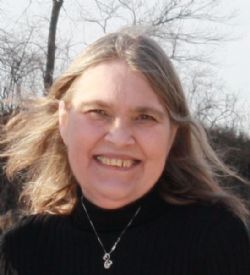 Cheri Lyn Uhlik, age 61, of Fremont
Died Tuesday, November 09, 2021 at home surrounded by her son, her husband and her favorite pets.

Cheri was born February 15, 1960 in Kearney, Nebraska to Earl and Merla 'King' Lammers. She was raised by her mother and step-father Lee Yager in Valley, Nebraska until graduating Valley High School in 1978. She enlisted in the United States Army serving from 1979 to 1981. After her military service she returned to Fremont to be near family and friends. Cheri worked various customer service jobs in the Fremont area using her wit and personality to impact many lives for the better. On June 13, 1992 she married her loving husband, Doug Uhlik at St. Patrick's Catholic Church in Fremont.

Cheri had so much love to give that she always enjoyed having numerous pets around. She also enjoyed various hobbies including crafts, traveling, and exploring the county with Doug on the back of their motorcycle. Her favorite rides where when her son Brandon could accompany them, sharing in their adventures. She was happiest at family gatherings of all types, especially during the holidays. Cheri's smile and laugh will be deeply missed by us all.

The memorial service will be 10:30am, Wednesday, November 24, 2021 at the Ludvigsen Mortuary Chapel in Fremont. Burial will follow in Ridge Cemetery. Memorials may be directed to the American Cancer Society.