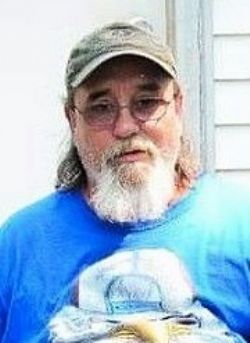 James Patrick Wells died on Thursday, May 27, 2021 in his home in Scribner.

James was born on June 1, 1961 in Wichita Falls, Texas to Alice Marie Moore and James William Wells. He moved around and saw the country before moving to Fremont, Nebraska with the love of his life and partner Twila Seger.

James worked for OPPD in Omaha for many years after moving to Nebraska. He also had handy man jobs and worked for cleaning crews. His favorite past time was to go fishing and building fishing poles. He also enjoyed having BBQ's and hanging out with all his family and friends (that he considered to also be his family) and going to any garage sales. He loved to fix things and tinker on vehicles and always thought out of the box, like making washers out of pennies and drilling a hole in the middle. He also loved to play online games like yahoo pool, where he met the love of his life Twila. He was always there for a friend or family and cared deeply about anyone who was part of his circle. He was so excited to teach his grandbabies all about fishing and how to think outside of the box, and invent things and turn junk into something useful.