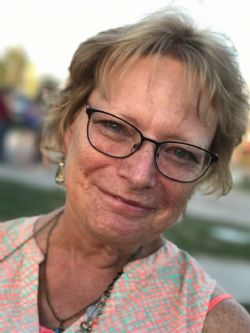 Mary Jane was born October 30, 1960 in West Point to LeRoy and Norma 'Madsen' Roemer. She was raised on a farm west of Uehling. She graduated from Logan View High School and Wayne State College. After college she moved to Omaha to work. Mary Jane married Dan Dolezal in 1989 and they later divorced. She then moved to her grandparents farm outside of Scribner, near St. John's Ridgeley. Mary has always been a hard worker giving her all at every job she has had most recently at Brehmer Manufacturing in Lyons.
She was a loving mother who adored her kids, and grandkids. She was a fighter who fought cancer twice and fought to the end.
Mary Jane was a member of St. John Ridgeley Lutheran Church.

Mary Jane was preceded in death by her parents.

The funeral will be 2pm, Saturday, May 29, 2021 at St. John Ridgeley Lutheran Church near Scribner. Burial will follow in the St. John Ridgeley Cemetery. A memorial will be determined at a later date. Visitation will be Friday, from 3-8pm with the family present from 6-8pm at Ludvigsen's Scribner Funeral Chapel.

To watch a recording of the service please use the following link: